All eyes on Doja Cat: Here's how many crystals it took to cover the entire body 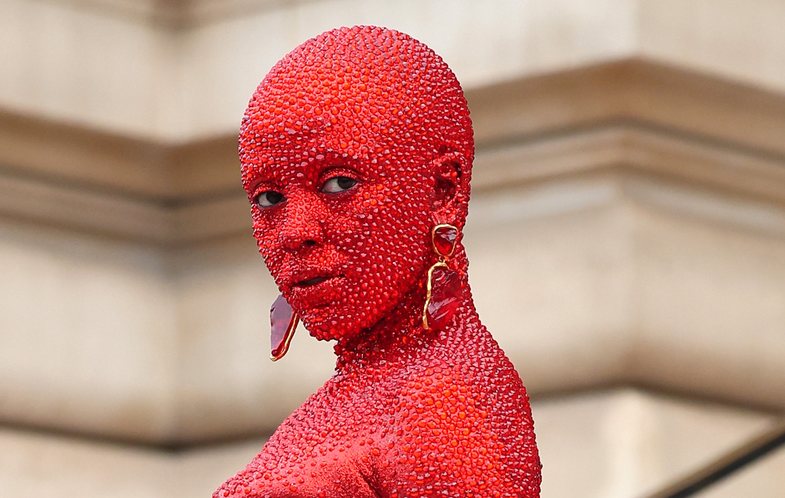 Kylie Jenner did show up with a severed *fake* lion head at the Schiaparelli show in Paris, but Doja Cat managed to grab all the attention.

The outfit, which was custom-designed by the fashion house's creative director Daniel Roseberry, was created by make-up artist Pat McGrath, whose team spent almost 4 hours and 58 minutes to complete.

Titled "Inferno Couture," the brand's latest collection was inspired by Dante's Inferno and the nine circles of hell, according to Roseberry.