The viral picture that surprised people: This iceberg you are seeing does not actually exist at all 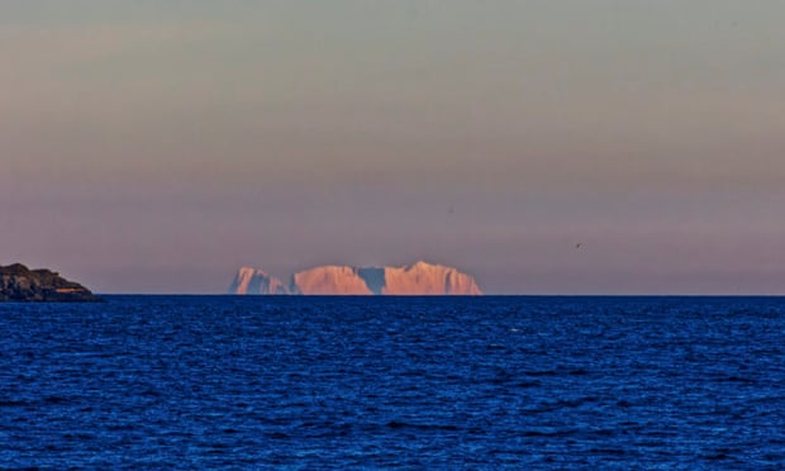 Clear winter skies and sunset led photographer Simone Engels to a park in Vancouver, Canada. But as she was photographing the landscape of the Pacific coast, she was shocked to see a large, iceberg-like shape on the horizon.

"It was a big, shiny structure," she told the Guardian. "It looked so real."

Engels, who had previously studied geography, tried to find possible explanations. But if an iceberg were in that area - especially that size - it would surely have been mentioned in the local news, she thought to herself.

"I was trying to remember and I really could not find an explanation," she said. "It just looked so weird and I was almost convinced it was really an iceberg."

Without anyone else around to confirm the mysterious look, she shot a picture and for nearly half an hour, saw the large white shape on the horizon disappear from sight. Engels posted the photo online, hoping to get an explanation. The photo initially shocked locals - including a friend who specializes in ice geomorphology.

The image went viral and Engels learned that the mysterious iceberg was truly a mirage. The illusion was caused by what is known as the "superior mirage" which is caused during a temperature reversal, when a layer of warm air rests on a layer of cold air, bending the rays of light downwards.

"We live in some challenging times right now in the pandemic and it is really important for people to realize that there are natural wonders out there to be discovered," she said of the experience.