The famous 'Game of Thrones' couple, parents for the first time! 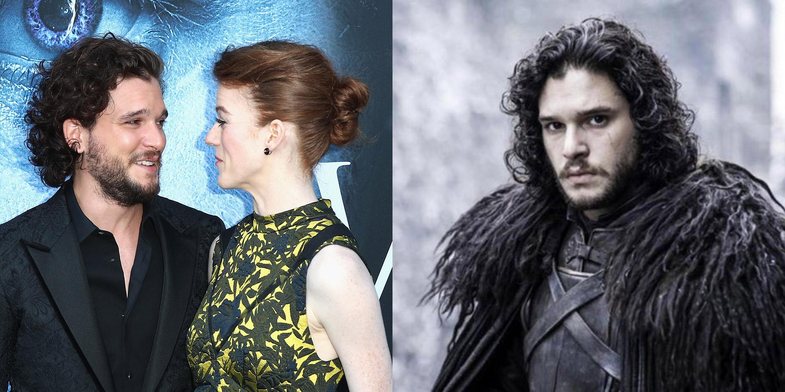 Jon Snow  Kit Harington and  Ygritte  Rose Leslie are expecting their first baby! In case you were not a fan of the famous series, all you need to know is that Kit and Rose started the romance when they were playing their roles in Game of Thrones. Unfortunately, Rose (Ygritte)'s character did not succeed and Jon remained heartbroken, until Daenerys came on stage.

Anyway, to get back to reality: Kit and Rose did not take long to live together and then crown love in marriage. Now, the actress is in sweet anticipation and fans of the series look just as happy as their future parents. Rose made the news public during her appearance in UK's Make magazine. Dressed in a long black dress down to the ankles, the rounded belly looked clear.

Rumors of a romance between the couple started in 2012. After a brief split, they returned and in 2016 officially confirmed the connection. The engagement took place in September 2017, while the wedding ceremony in June 2019.

8 coat + boot combinations that will save you: Choose your ...

Brad Pitt single again: The relationship with the 27-year-o...

The WhatsApp message that is deceiving people: State Police...

Strange sensation of body tremor when you are asleep: How it is explai...

How to prepare for the Rare Blue Moon on Halloween: Chaos is coming!

How to survive a Scorpio man!

Characteristics of Scorpio people, according to Linda Goodman

5 proofs that Kim Kardashian is the most typical scale!