Jehovah's Witnesses React: 'The Joseph Family Has Never Belonged to Us 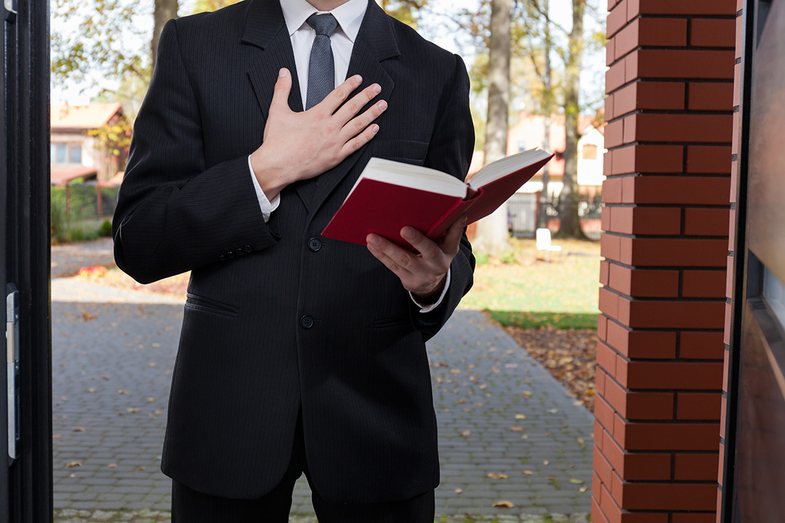 In the statement signed by the spokesperson for the media, Arben Lubonja, it is written:

"We are very shocked by the news made public yesterday by the Albanian media about the loss of life in the Josifi family. The news saddens us and we express our condolences to the families who have lost their loved ones.

At the same time, it is extremely disturbing that members of this family believed that Jehovah's Witnesses in Albania belonged to the Organization. We are informing the media and the general public that we are following the developments of these events, that the members of the Josifi family have not only not been members of our organization, but have never been associated with Jehovah's Witnesses. ?

The statement went on to say that "attempts to link this event, or any other element of it, to the faith of Jehovah's Witnesses are completely unfounded and even offensive."

According to media reports, Zhaneta Josif's husband - who passed away with his daughter, Anisa - was a preacher of the Jehovah's Witnesses and had founded a community in Përmet. It was also said that the mother and daughters refused to feed because they believed in the resurrection. 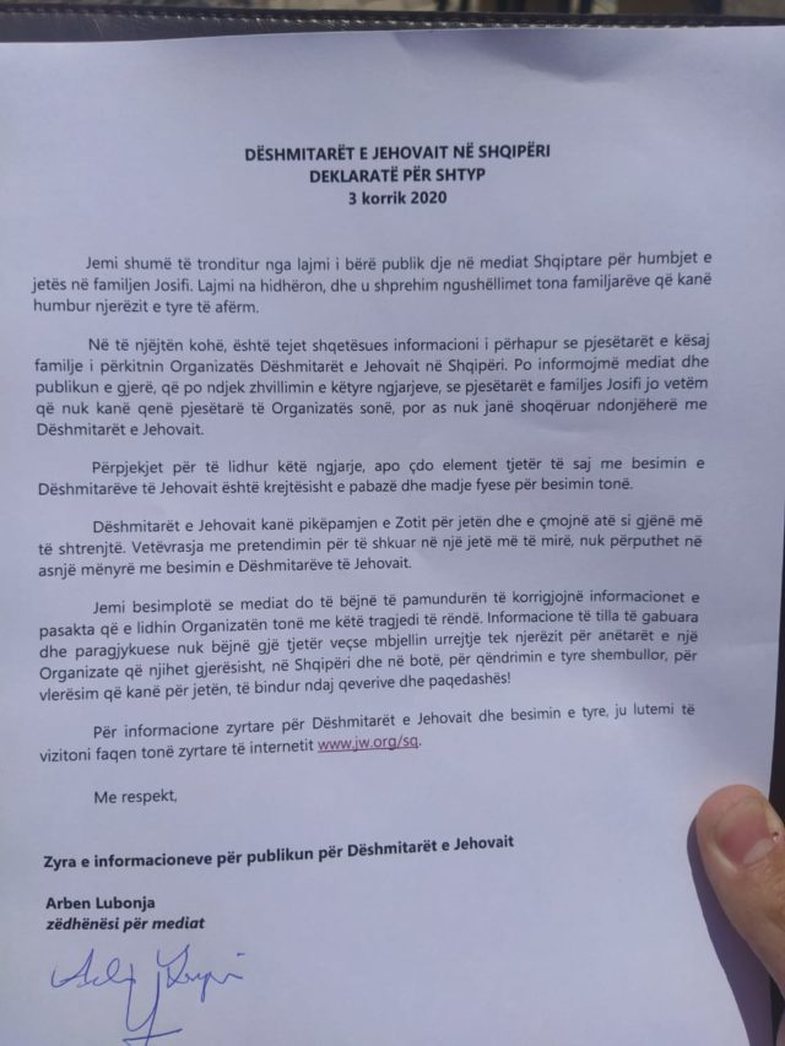 Positive Conversation: How to talk to yourself is a good thing

Chinese missiles out of control are expected to fall to Ear...

A rare Leonardo da Vinci painting is expected to sell for $...

Bebe Rexha talks about the Dua-Rita conflict: 'I tried a lot...

The person you can not forget certainly belongs to this sign

What the shape of the beard tells you

Susan Miller Horoscope for May 2021: Aquarius and Pisces