Why is Friday the 13th so scary 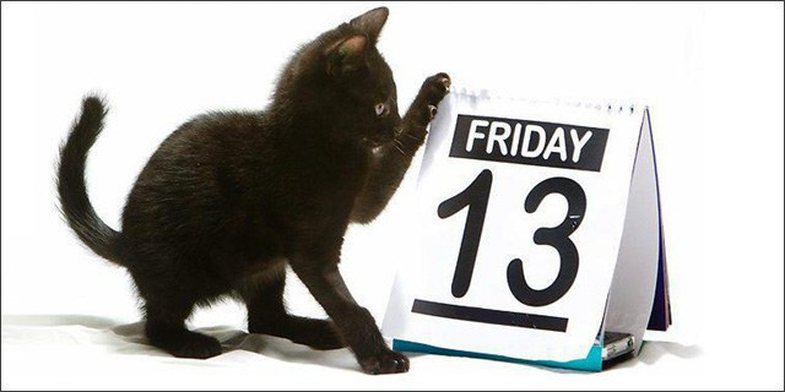 Logically, there is no reason why people should fear the days of the week. But when the 13th happens on Friday, then things change. Why are we so scared?

Jane Risen, a behaviorist scientist at the University of Chicago's Booth School of Business, says superstitions affect believers and unbelievers. In one study, Risen found that although people identified themselves as superstitious or non-superstitious, they were both inclined to think that something bad could happen to them because of bad luck.

"In general, I think this is because disasters are the first ones that come to our mind. This kind of thinking is more prevalent on Friday, Dec. 13. ?

Jane Risen points out that this date is a well-known cultural phenomenon. ?Even when they are not superstitious, people talk about this date because it is a well-known element in different cultures. This means that people tend to notice more of the bad things that happen on this day. "

Where does the fear come from?

It is difficult to determine the origin of a superstition. But Stuart Vyse, a professor of psychology at Connecticut College in New London, says fears of Friday the 13th may have been rooted in religious beliefs - the 13th guest at the Last Supper (Judas) betrayed Jesus and Jesus' crucifixion happened on Friday, which is also known as the day of the executioners.

The combination of these two elements produced a kind of fear. Other Bible scholars say that Eve tempted Adam with the forbidden fruit on Friday and that Abel killed his brother, Cain, on Friday the 13th.

Thomas Fernsler, a scientist at the University of Delaware in Newark, says another reason people fear this day is with the number 13, which comes just after 12. "Numerologists consider 12 to be an integer. There are 12 months of the year, 12 signs of the zodiac, 12 gods in Olympus, 12 tribes in Israel, 12 apostles of Jesus. ?

However, this fear is not widespread in all cultures. In Spain, the unfortunate day is considered Tuesday, the 13th. In ancient Roman beliefs, the most dreaded day was considered the Friday, the 17th. The Roman number XVII can be rearranged to XIVI which in Latin means "my life is over".

Despite being merely superstitious, people fear them. "If they are part of the culture, we tend to honor them," says Thomas Gilovich, professor of psychology at Cornell University in New York. "It feels like if you ignore it, you will attract bad luck."

The phobia of this day is known as Paraskevidekatriaphobia - the combination of phobia number 13 and phobia of Friday. It happens that such a date is repeated twice in one year and very rarely three. During 2019, it was repeated twice; in September and today (Friday, December 13).