What has the ring to do with marriage? 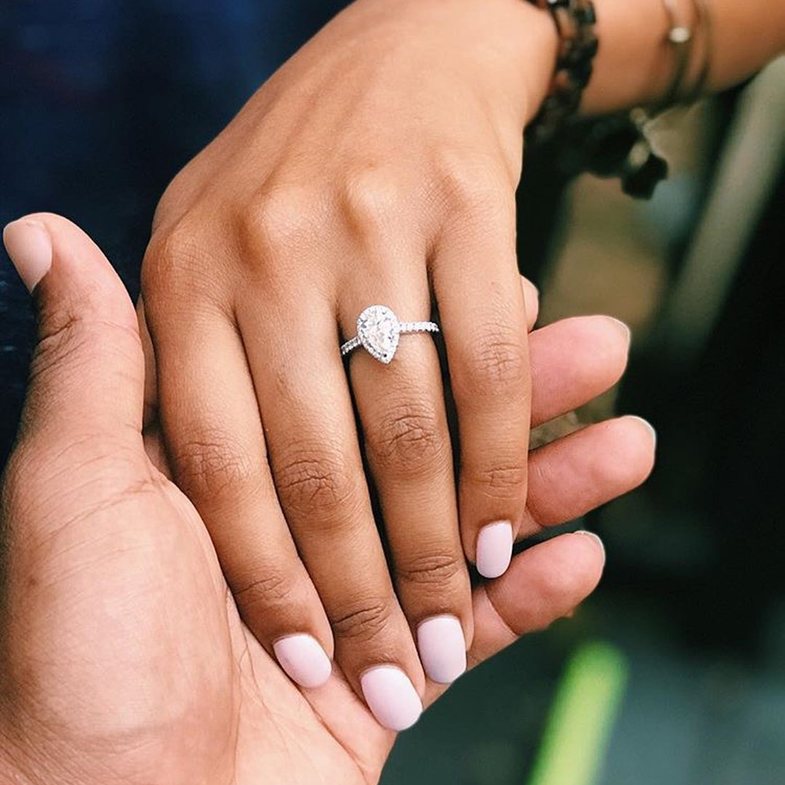 Whenever the word ring comes out of his mouth, we are exasperated and our imagination just gets us somewhere: a marriage proposal! Have you ever wondered why the ring is the most important symbol related to marriage?

Before we tackle this, let us tell you that earlier, people have used other symbols for marriage. During the 1800s, Americans were gifted with fingers that would be cut off after marriage and take the form of a ring.

While an English custom involved the couple in a ritual of dividing a piece of gold and silver into two pieces each held by the partners and then drank a glass of wine to formalize the engagement.

Traces of engagement rings were found in 13th-century Rome when Christians adapted the tradition after Pope Innocent III declared that there must be a period of compulsory waiting between engagement and marriage. Their rings were simply made of iron first and then made of gold.

The custom of placing the ring on the left hand finger is thought to have come from Greek and Roman beliefs that a particular vein, "Vena Amoris," runs directly from the ring finger to the heart.

Diamonds were an addition that was made later. Maximilian, son of the Emperor of Austria, was the first man to give his wife a shining ring in 1477. However, shiny rings did not become so popular for non-aristocrats until there was great marketing by the DeBeers company in the 1930s.

Back then, it was said that the company manipulated both supply and demand after diamonds were discovered in South Africa in the late 19th century.

Then, in the late 1940s, the famous saying: "A diamond is forever" as the brand's publicity. The campaign encouraged consumers to view diamond rings as household items and they could not be resold (this would ensure its market value as well). At the end of the day, it was just an unprecedented marketing strategy!

It's a little disappointing to think that this whole journey is just a big BOOM with the ultimate goal of trading, but the moment of setting them up, however, remains romantic.

As long as the rings thrill us, we will continue to treat them as a symbol of a promise and the launch of a new chapter.